Skip to content
Follow us
Home » Blog » Engines » From Dakar to the Mille Miglia: The Longest Car Races in the World F1 may be the pinnacle of motorsport, but some would argue that racing around a smooth track for a couple of hours is child’s play compared to the world’s most gruelling endurance races. These events take racing to the extreme, with drivers covering huge distances on tricky terrain in cars that aren’t always up to the task.

But just how far is very far when it comes to long-distance motorsport? To find out, we’re taking a look at some of the world’s longest car races – from the Around the World in 80 Days Rally to Italy’s famous Mille Miglia.

Around the World in 80 Days Rally

An event for amateur racing drivers with plenty of time on their hands, the Around the World in 80 Days Rally is in a league of its own when it comes to straight-out distance – with vast race routes of up to 18,000 miles.

Covering countries and continents, racers have to deal with a mix of terrain ranging from normal roads to extreme off-road sections, making the rally one of the world’s most demanding endurance races.

The longest route ran all the way around the world, with drivers tackling the deserts of Africa and the frozen wastes of northern Russia, all while maintaining their cars and trying to win individual stages. Not for the fainthearted. First held in 1907, the Peking to Paris race is one of the world’s oldest and best-loved endurance events. It all started thanks to a challenge set by a French newspaper, asking keen motorists to prove that cars are really worth the money and can get you anywhere.

Forty drivers entered the first event in 1907, and it’s proved popular ever since, with today’s participants driving classic cars from the early 20th century.

The Peking to Paris 2019 event is set to take place from 2 June to 7 July, with drivers travelling through China, Mongolia, Russia, Kazakhstan, Estonia, Latvia, Lithuania, Poland, Germany, Netherlands and Belgium en-route to Paris. 3,000 miles across some of the world’s most unforgiving terrain; the mighty Dakar Rally may not be the longest, but it’s definitely amongst the toughest.

The history of the Dakar Rally dates back to 1977, when French motorbike enthusiast Thierry Sabine got lost in the Libyan desert, but ended up having one of the most inspiring drives of his life. He created a route starting in Europe and winding through the deserts of northern Africa, ending in Dakar.

Today, the event is considered one of the most extreme off-road events on Earth, but remains open to all drivers who believe they have what it takes to conquer the dunes. 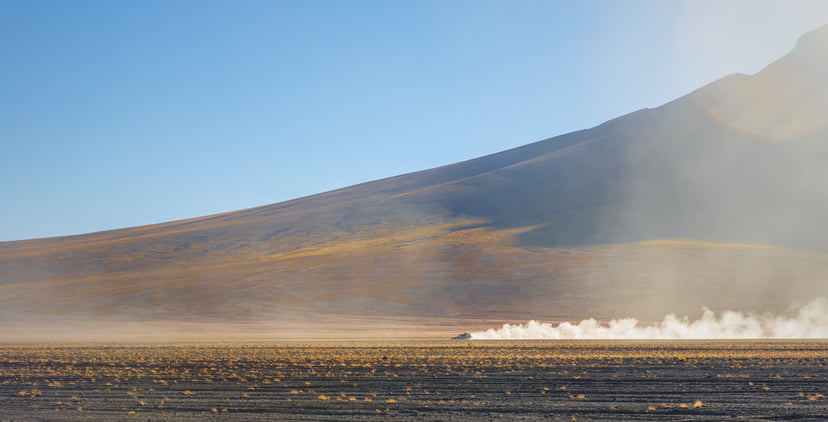 While the prestigious Circuit de la Sarthe is only eight miles in length, the duration of the legendary 24 Hours of Le Mans means that drivers cover vast distances ranging from an average of 2,000 to 3,000 miles – and all in a single day.

Considered the crème de la crème of car racing, Le Mans started in 1923, and is now part of the Triple Crown of Motorsport alongside the Monaco Grand Prix and the Indianapolis 500.

The record for distance driven during the event was set by an Audi R15 during the 2010 race, and it stands at 3,360 miles. To put that into perspective, that’s 420 laps at an average speed of 140mph – and you thought F1 drivers were good at endurance racing. Though no longer an event, the Redex Australia Trial was among the most demanding endurance races in the world at its peak in the 1950s. Tasking amateur drivers with circumnavigating Australia, the race was a test of endurance, reliability, performance and efficiency.

The first Trial took place in 1953, with the longest event coming shortly after in 1955, with a route of 10,500 miles. Traditionally, the event took place over two weeks, with drivers averaging around 700 miles a day – no mean feat in the Australian heat and on poorly-maintained roads.

Following in the footsteps of the prestigious Le Mans, 24 Hours of Daytona was conceived in the 1960s, and takes place at the iconic Daytona International Speedway in Florida, USA.

Here, racers take to the circuit for a full 24-hour stint, covering vast distances on the 3.56-mile circuit. Podium places are given to drivers who cover the longest distances, and the record for the event stands at 2,666 miles, completed by three-man team driving a Porsche 935 in 1982.

Historically, Porsche has had the most success out of any manufacturer at the 24 Hours of Daytona event, closely followed by US Riley Technologies and Ferrari. Held only eight times between 1961 and 1968, the Shell 4000 Rally was a notoriously challenging endurance race, taking racers across the breadth of Canada. Alpine terrain and a lack of service points made the race a huge challenge, and racers ran the risk of being left totally stranded if their car broke down.

The 1967 race is one of the most famous in the event’s history, as it saw the highest rate of non-finishers. Of the 93 cars that started the rally, only 43 completed the whole route between Montreal and Vancouver, with the race eventually being won by English champion, Roger Clark.

Though by no means the world’s longest endurance race, the famous Italian Mille Miglia of the 1950s has to go down as one of the most iconic. Literally translated as ‘Thousand Miles’, the Mille Miglia took place from 1927-1957, and attracted a flurry of famous racing drivers and car manufacturers.

What made the Mille Miglia so special was that this was a fully-closed event, with routes cordoned off on race days; this enabled drivers to tear through the Italian countryside without fear of breaking speed limits or colliding with local drivers. The route, from Rome to Brescia, traditionally took place over 12 closed stretches, ranging from country to inner-city racing.

Glamorous and exciting, the Mille Miglia inspired a whole new generation of racing drivers, and is considered part of the golden age of motorsport. At Redex, we can help you have a better drive for longer with our range of fuel additive products. For the full selection, head over to our homepage, today.