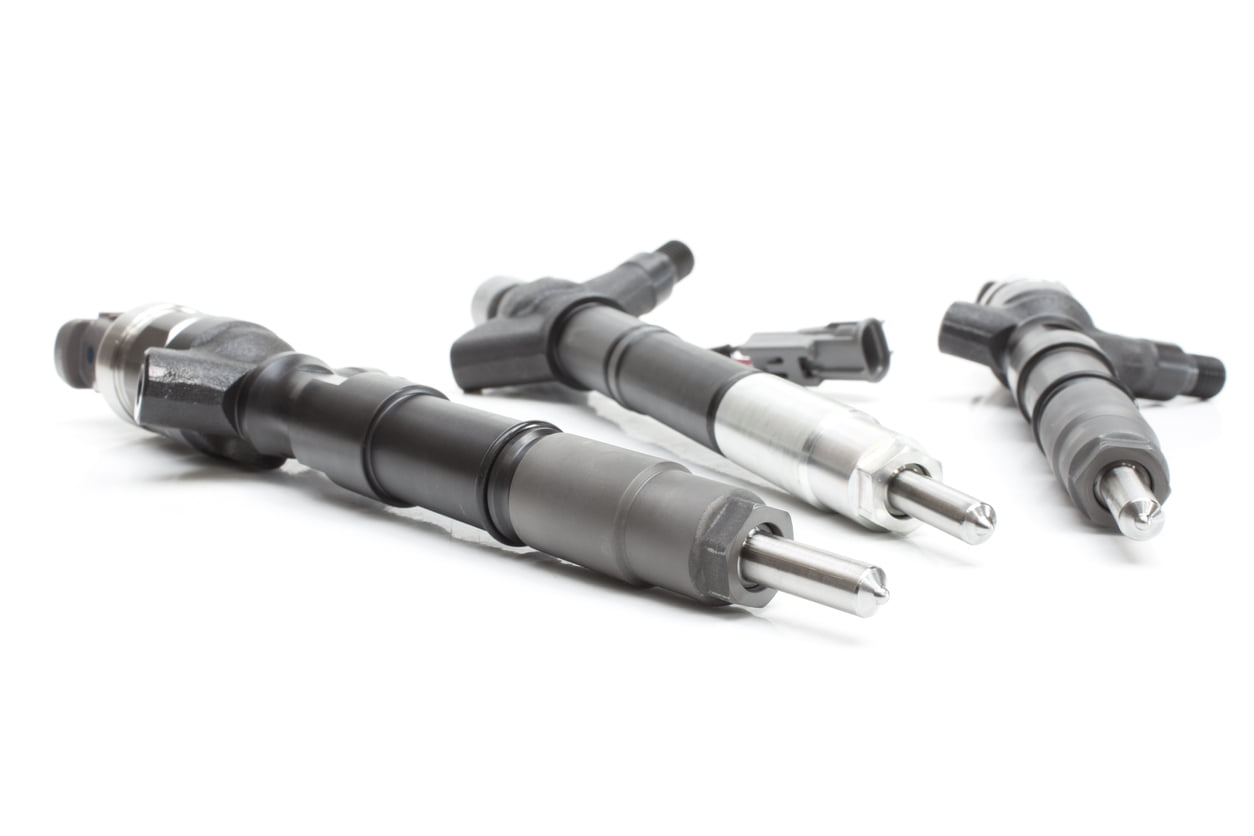 Fuel injectors are an essential part of your car’s engine, delivering fuel at the right time to ensure clean and efficient combustion. However, without regular maintenance, fuel injectors can develop faults or become clogged, so you need to know how to spot the signs of a bad fuel injector how to fix it.

Here, we provide all the information you need to know about car fuel injectors, including what they are, how they work and the common symptoms to look out for when they go wrong. Use the links below to navigate the guide. What Are Fuel Injectors?

Fuel injectors spray fuel into a car’s engine using electronic controlled valves, capable of opening and closing many times a second. They have an atomising nozzle that distributes the petrol or diesel evenly, for optimum combustion and efficiency. Injectors were introduced as a replacement for the old carburettor system, since they help engines run with greater fuel efficiency and also help to reduce emissions.

A car generally has one fuel injector per cylinder. So, if you drive a four-cylinder car, it will most likely have four fuel injectors.

How Do Fuel Injectors Work?

Fuel injectors control the volume of fuel delivered to the combustion chamber, ensuring the right amount is injected at the right time. The process is:

Signs and Symptoms of a Faulty Fuel Injector

Sometimes fuel injectors can develop faults which impact on their performance or cause breakdowns. This is often due to them becoming clogged with debris, although some mechanical and electrical issues can also affect fuel injectors.

Here, we take a look at some of the common signs and symptoms associated with a faulty fuel injector.

The most common sign of a bad fuel injector is the check engine warning light, which appears on the dashboard. As soon as an injector isn’t doing what it should, this light will come on. (In other words, if it’s adding too much or too little.)

Although there are a few different reasons why a check engine light can switch on, it could be down to a fuel injector. The ECU triggers the warning light when the injector is delivering too much or too little fuel.

Does your car often misfire? Or, maybe there’s a delay after you press the accelerator pedal? Both of these symptoms can be caused by a faulty fuel injector, most likely a clog or blockage in the nozzle.

If the injector can’t deliver the dose of fuel called for by the ECU, the fuel-air mix in the combustion chamber will be off, which can lead to misfiring or a sudden drop in acceleration. That’s why it’s so important to keep your car’s fuel injectors clean and free from blockages.

If your car’s idle noise has changed and feels rougher, the fuel injectors may not be delivering fuel as they should. As with misfiring, this is normally down to the injector nozzles being clogged with particles, which interfere with the atomisation and spray of the fuel.

Several faults can cause a rough idle noise, including a bad spark plug or a dirty air filter, but clogged injectors are one of the most common reasons for this. 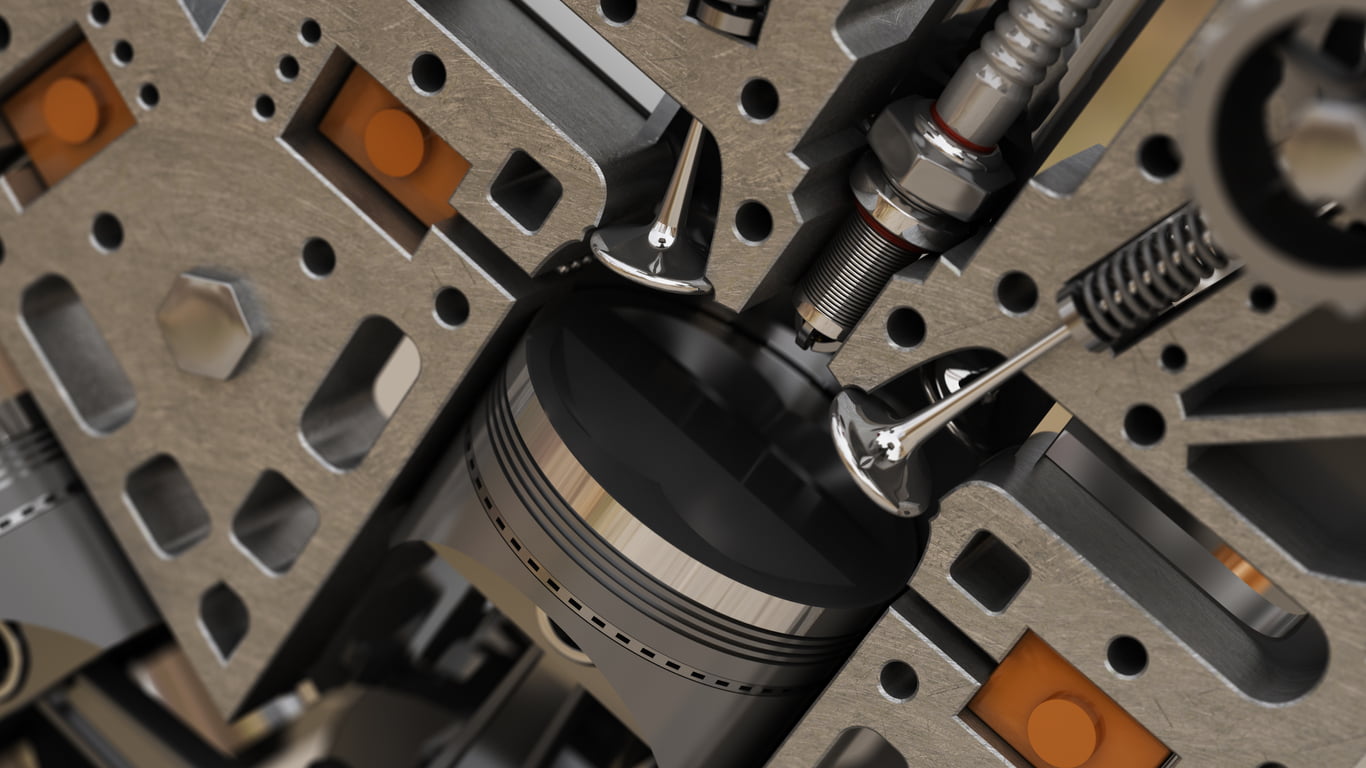 Does your engine randomly stall or cut out without you doing anything to cause it? This could be due to a lack of fuel reaching the engine from the injectors. If too little fuel is reaching the combustion chamber, the ECU will stop the engine, causing a stall.

Engine stalling as a result of a failed injector normally occurs when the nozzles are badly blocked or when there’s a fuel leak where the injector connects with the fuel lines.

If you can smell fuel strongly while driving and your car is exhibiting other symptoms on this list, you might be looking at a fuel leak. Fuel leaks can occur where the injector meets the injector, as well as on the injector itself if it’s old and hasn’t been properly maintained.

By checking the fuel injector, you’ll be able to tell if there’s been a leak because there will be fuel on or close to the injector. You might also notice a drop on the fuel gauge.

A faulty fuel injector can lead to a significant drop in fuel economy. This is because the ECU is calling for more fuel from the injector but not receiving it in the combustion chamber. The less fuel reaches the engine, the lower your fuel economy.

You may experience poor fuel economy when the injectors are clogged or leaking.

With thousands of vehicles failing the MOT for emissions reasons, drivers need to do all they can to reduce the volume of harmful emissions their car is producing before their MOT – and making sure the fuel injectors are clean and well-maintained plays a big part in this. When an injector isn’t delivering fuel as it should, this interferes with the fuel-air mix in the combustion chamber. As a result, some fuel isn’t burnt off – meaning more harmful emissions are sent to the exhaust system.

If you want to try to reduce your emissions before an MOT, checking and cleaning the fuel injectors is an essential maintenance task.

The simplest way to clean and maintain fuel injectors is by using Redex fuel system cleaners. Available for both petrol and diesel engines, our range of specialist cleaning products remove particles from the fuel injectors which may be causing a blockage.

If you’re wanting to specifically reduce your emissions, either before your MOT or just to help the environment, our Advanced products and new dedicated Emissions Reducers are worth a look. Watch the video below to learn more about how Redex can help keep your car’s injectors clean and clear.

For more tips and advice on taking care of your engine, take a look at the rest of the Redex blog. Or, to browse our complete range of fuel additives, click here to visit the homepage.