Does your car no longer perform like it used to? Perhaps you’ve recently bought a second-hand car that feels like it’s down on power?

Over time, engines can lose their power, resulting in a notable drop in performance and reduced horsepower and efficiency. But what’s behind this dip in performance? And how can you prevent it?

In this guide, we’re looking at what causes engines to lose their power and sharing some tips on how to improve the performance and health of your car’s engine.

If you’ve noticed a recent drop in power or feel like your car’s engine is slowly losing performance, there are several possible causes. These range from mechanical issues (which are likely to cause an immediate drop in power) and longer-term issues that can cause performance to dwindle over time.

Fuel filters are designed to prevent particles and deposits from entering the fuel lines and reaching the engine. But like any other filter, they can become clogged up over time, resulting in reduced engine output.

When fuel filters become clogged, they can interfere with the combustion cycle, since not enough fuel is able to reach the engine. we’d recommend using Redex System Cleaners to help remove dirt and ensure your car’s fuel system is working as it should. Fuel filters aren’t always enough to prevent particles and deposits from entering the fuel system. And it’s these deposits that can clog the fuel injectors, preventing the right quantity of fuel from reaching the combustion chamber.

Fuel injectors feature narrow nozzles that can easily become clogged with dirt and particles. When this happens, they can no longer deliver fuel to the engine efficiently, resulting in a drop in engine performance and efficiency.

To solve this, we’d once again recommend reaching for Redex fuel additives. Our diesel and petrol system cleaners are specifically designed to clear deposits from the fuel system, with an innovative cleaning formula that dissolves dirt and improves the efficiency of the system.

The air filter performs a similar task to the fuel filter, and just like its counterpart, it too can become clogged with dirt that interferes with how the engine performs. When not enough air can reach the engine, this interferes with the combustion cycle, leading to a drop in power that can be surprisingly significant.

Thankfully, clearing a clogged air filter is a straightforward process, so if that’s what’s causing your performance woes, you’re in luck. All you need to do is remove the filter (it’s found at the very front of the car and should be easy to access) and give it a good clean. You can use a vacuum cleaner for this, but an air line or can of compressed air works best.

If your car isn’t burning fuel efficiently due to a clogged air filter, fuel injector, or similar issue, this can have a knock-on effect within the exhaust system. And when the exhaust gets clogged with dirt and soot from the engine, this can lead to a notable drop in power output. 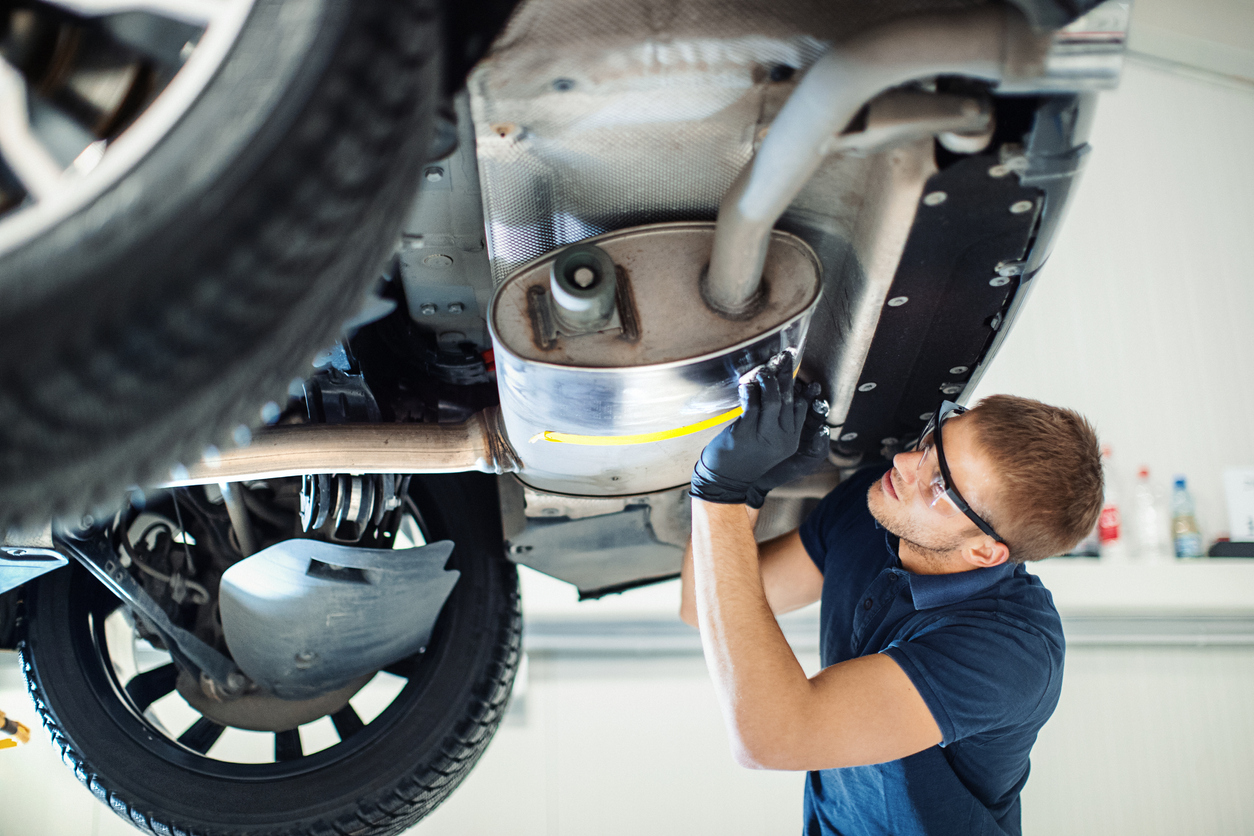 Remember: an exhaust’s job is to remove fumes from the engine and cut the amount of pollution your car emits. When it can’t do this efficiently due to a blockage, sensors within the system will transmit to the ECU (engine control unit), which will automatically cut engine power to prevent a dangerous spike in emissions.

Clearing a dirty exhaust isn’t an easy process, so you may need to take your car to a professional to have it assessed. However, you can generally avoid this type of issue by staying on top of engine maintenance, and ensuring that the air filter, fuel injectors, and fuel filters are kept clean and working at their best.

Now it’s time to look at the mechanical issues which can cause an immediate and significant drop in engine power, starting with a faulty spark plug.

Spark plugs create the electrical spark your engine needs to ignite. When they develop faults, you may notice starter problems, misfiring, or poor acceleration, in which case the bad plug will need to be identified and replaced.

If you’re not sure how to replace a spark plug or want to learn more about the possible symptoms of a bad plug, read our comprehensive guide on maintaining spark plugs for peak engine performance.

Modern car engines feature an array of sensors that are designed to detect faults and keep components working as they should. Checking everything from temperature to emissions, these sensors send signals to the ECU and are essential for maintaining power and performance.

While faults with an engine sensor are uncommon, when they do go on the blink they can cause a range of issues – including diminished engine output. And, to exacerbate the problem, a malfunctioning sensor can be hard to diagnose, since the symptoms are so similar to other issues under the bonnet.

The best way to diagnose a faulty engine sensor is to book your car in with a professional mechanic. Most garages now have specialist engine diagnostics tools that quickly detect sensor faults, so you can get the problem solved quickly and safely. Whether you’ve noticed a sudden drop in power or the output of your car’s engine seems to be getting worse over time, there are a range of mechanical issues which could be at fault, including:

If you’re not sure how to fix your car’s performance issue, we’d always recommend taking it to a professional mechanic for further testing and diagnostics. Power issues are likely to get worse over time, so it will pay to deal with the problem sooner rather than later.

How to Prevent Engine Power Loss

While it’s impossible to avoid engine faults altogether, there are things you can do to reduce the likelihood of diminished performance and output. This includes:

Engine power loss can be frustrating, but it doesn’t have to be a permanent issue. With regular maintenance and servicing, coupled with the use of Redex fuel additives, you can keep your engine working at its best for longer. For more information or to browse our complete product range, visit the homepage. 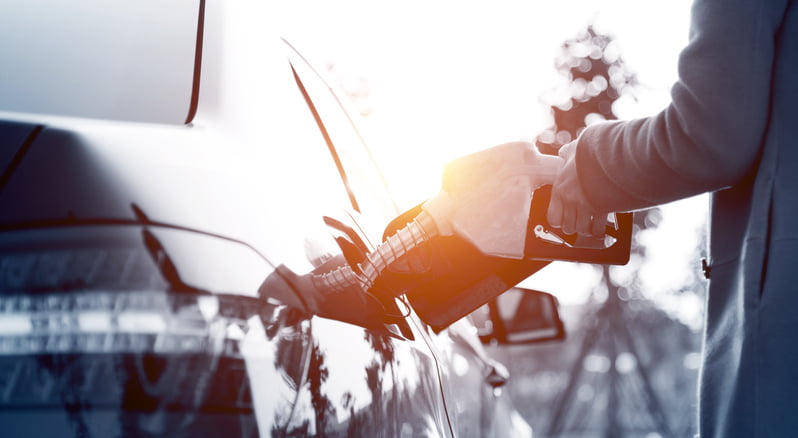 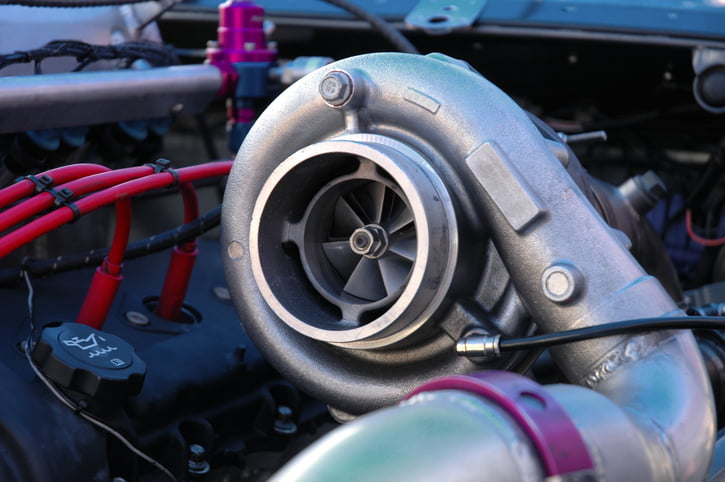 6 Ways to Protect Your Turbo Engine