Over the years, a lot has been speculated about regarding speed and how it’s enforced. That means many drivers aren’t 100% sure on the rules, and could find themselves on the wrong side of the law as a result.

To help you stay safe and within the law out on the road, we’ve put together a collection of 10 common speeding myths – and why you should ignore them.

1. Speed cameras only work when you’re travelling in a certain direction

It’s easy to assume that because a speed camera is pointing in a certain direction, it’s only monitoring one side of the carriageway. But no. If you’re on a single-carriageway road, you have the same chance of being caught speeding whichever side the camera is on.

This isn’t the case for dual carriageways. Here, speed cameras are only monitoring approaching cars. That’s why there are normally two cameras side by side, watching each side of the road. 2. Police speed camera traps have to be visible

There’s no law stating that speed cameras and police speed traps have to be visible. We’re not sure why so many drivers believe this, but it’s worth remembering the next time you think about speeding on a quiet country road.

The good news is speed cameras are usually well marked. That’s because the police want them to be a deterrent, and not simply a means of catching people out. So, most of the time, you’ll know right where a camera is. 3. The UK has more speed cameras than anywhere else in the world

It’s no exaggeration that the UK is heavily policed in terms of speed. But while we may have what some drivers feel is way too many speed traps, we aren’t the most speed restricted country in the world – far from it, in fact.

The UK has approximately 7,000 speed cameras, which is a lot compared to countries like France (3,340). On average, there are around 80 speed cameras per square mile in Britain, which sounds like a lot, but is actually a lot less than countries like Italy, Malta, Belgium.

And don’t forget, our roads are some of the safest in the world, so maybe it’s a price worth paying.

While there is some truth to the 10% rule, it does need taking with a pinch of salt. A whole range of other factors come into play when a speed trap catches you going over the limit, and it’s ultimately at the authority’s discretion whether you’re prosecuted or not.  The 10% “rule” is to allow for tolerances in your car’s speedo and their speed measuring device, as devices can have slight inaccuracies, so it’s not as simple as “you can drive 10% over the limit”.

5. Switching lanes will prevent ANPR cameras detecting you while speeding

When ANPR (automatic number plate recognition) cameras were first launched on UK roads, a whole array of myths and mistruths were raised about how they work – and how they can be beaten. But don’t be fooled by what you’ve heard, because ANPR technology has come a long way, and it’s now almost impossible to trick them.

One of the biggest myths about ANPR cameras was that, if you switched lanes (say on the motorway) they wouldn’t be able to track your car. This isn’t the case. You can’t hide behind bigger vehicles, either, as ANPR cameras have probably been tracking you for longer than you think.

6. You can speed between average speed cameras, and slow down when you pass them

We get that average speed cameras can be a pain, especially when they go on for miles and miles on the motorway. But if you think you can get away with speeding in between them before slowing down, you’d be wrong.

Average speed cameras work out your average speed over a set distance. So, if there’s a 50-mph average speed limit for 10 miles, your speed at the end should be within the 50-mph ballpark based on your recorded speed and how long it took to get from point A to point B.

That means, if you speed in between them, the cameras will know about it. Your average speed will be higher because of the quick bursts, even if you slowed down to 50 mph to go past the cameras. 7. Speed cameras have to be painted yellow, or they’re not legal

Another myth whose origins are obscure; we’re not sure why some people believe that speed cameras need to be painted yellow to be legally enforceable. Wherever it came from, there’s no truth in it, so we wouldn’t rely on it in court.

That said, most speed cameras are painted yellow, but, as with the visibility point above, this is more to do with deterrence and compliance than a legal requirement. Yellow is the stand-out colour on UK roads, so it’s a good reminder to slow up.

8. You don’t have to tell your insurer if you’ve been on a speed awareness course

This is another grey area, and one that’s been hotly debated in recent years. A lot of people assume that they don’t need to declare a speed awareness course to their insurer, but there is a lot of advice out there which says you most definitely should.

Think about it: if you were to make a claim and found out that your insurance was invalid due to a speeding offence, you’d be liable for some pretty horrendous costs. This is in comparison to declaring it, which may see your overall insurance cost go up by a small amount, but in some cases, not at all.

9. If there’s no speed camera warning sign, you can’t be fined

Not true. While speed camera warning signs are a common sight on our roads, they’re there purely as a deterrent, and there’s no law saying that fixed or mobile speed cameras need to be marked in any way.

That means you’ve just as much chance of encountering a speed trap in an area free from signs as you would in a speed camera zone. Remember that the next time you’re tempted to put your foot down on a quiet stretch of road.

10. Speed cameras are just there to make money

Many people (usually drivers who have been recently caught out) complain that speed cameras are just a means of making money. And yes, while fines are a big part of the penalty for speeding, the main goal is upholding road safety.

Don’t believe us? According to data collected between 1992 and 2016, speed cameras reduced accidents by around 17-39% and fatalities by around 58-68% within 500 metres of a speed camera – a significant reduction which highlights the safety benefits of having speed traps in place.

And, when you think about it, the whole money-making thing doesn’t make sense. If that was the case, speed cameras wouldn’t be as visible as they are, and there’d be virtually no signage to tell motorists to expect them.

Whatever your thoughts on speeding and speed cameras, your car deserves Redex. Our innovative fuel system additives and cleaners are developed to get most from your engine, keeping it healthy and in good condition. For more information or our full product range, visit the homepage. 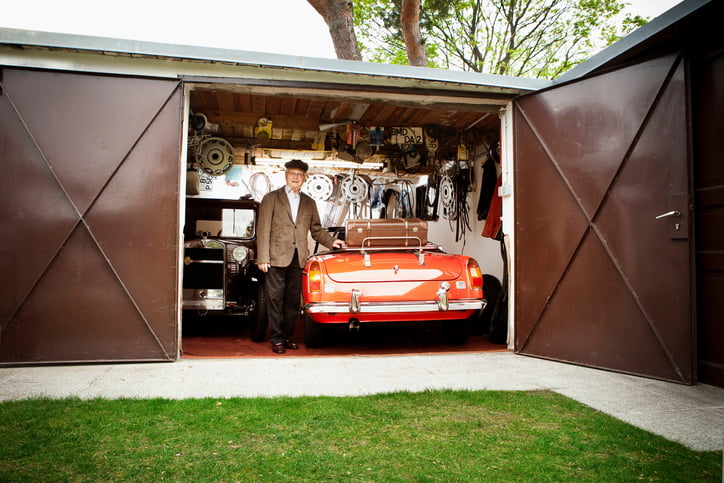 If you’ve invested time and money in a classic car, then you’ll want to keep it in good condition. There will no doubt be long periods of time when you’re not using your classic car, whether that’s over winter or if you go away on holiday, and it’s important that you give thought to how