Does your car have a turbocharged engine? If so, there are things you should do to protect it. Turbos are much more complex than “naturally-aspirated” engines, and require special treatment to keep them performing at their best. Regular maintenance and changes to your driving style are what’s needed to get the most from a turbo engine, and to avoid nasty repair bills.

In this guide, we look at six ways to protect your car’s turbo engine from harmful wear and tear, including maintenance advice and driving tips. Turbo systems are made up of moving parts which spin at incredibly high speeds, and work under intense heat and pressure. This means that they need a constant flow of quality engine oil to lubricate the compression valve and intake and outlet fans, to reduce wear and help them perform at their best. Engine oil’s so important that some high-end turbo systems have a dedicated oil reservoir which circulates oil through the turbo.

For the best performance from a turbocharger, change the oil at least every 5,000 miles, replacing it with a fully-synthetic oil which is the right API for your car’s engine type. Your vehicle’s handbook should recommend the best choice of oil for your car.

Engine oil thickens when it’s cold, meaning that it doesn’t flow as freely around the engine bay. This means that until the oil has warmed and thinned, moving parts are at an increased risk of wear and tear – and this is especially true of turbos.

Each time you get behind the wheel when your car’s cold, keep in mind the engine oil warm-up time, and change your driving style accordingly. Being too aggressive with your right foot places a massive amount of strain on the oil pump, which has to dole out more pressure to circulate the thick oil through the system. Thick oil is also ineffective at properly lubricating moving parts, which can cause problems in the turbo system.

For the first 10 minutes of driving a cold car, go easy on the accelerator pedal to limit the strain on the oil pump and prevent unnecessary wear and tear on the turbo system. Wait at least 10 minutes before going full throttle, or watch the oil gauge for when it’s reached its optimum temperature.

3.     Don’t Overstep the Limits of the Turbo when Cruising 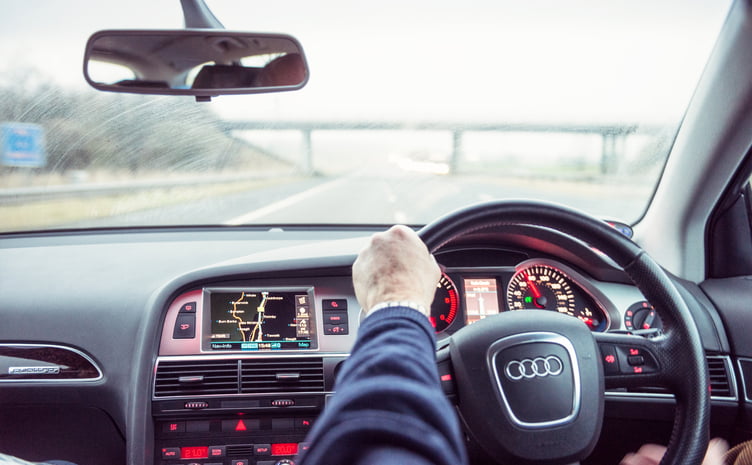 Having a turbo system in your car might sound exciting, but often they’re only there to make up the power lost from having a low-capacity engine, particularly in modern eco-friendly hatchbacks. For this reason, it’s important to be aware of the limits of your car’s turbo system, and avoid overdoing it by being too aggressive with the accelerator.

When cruising around town or on the motorway, try not to jab the accelerator. Instead, ease the power on slowly to give the turbo a chance to start spinning freely, and use the accelerator sparingly to maintain your speed. While turbos are rigorously stress-tested, and should last the lifetime of the engine, regular bouts of aggressive driving could take their toll, and cause costly issues.

And remember – not only will gentle cruising spare your turbo, it’ll give you great fuel economy, too.

While a turbo system gives even the smallest engines plenty of power and torque, you should still downshift when overtaking, and not rely on the turbo for all of the car’s accelerative performance.

Whether you’re driving up a long hill, overtaking on an A road or accelerating into the fast lane on the motorway, downshifting into a lower gear is a safer long-term option than relying purely on the turbocharger. Gears were built for aiding performance up and down the rev range, so using a combination of gear changes and turbo boost will help to limit the wear and tear suffered through the turbo system.

5.     Let the Engine Cool After Driving Turbos produce a lot of heat while driving, and if you turn off the engine straight away, this residual heat will boil the oil in the turbo system, leading to a build-up of carbon particles that can cause corrosion and premature engine wear.

After driving, get in the habit of leaving the engine running for a couple of minutes at idle, which will cool the turbo enough to switch off the engine without cooking the engine oil.

6.     Don’t Blip the Throttle Before Turning the Engine Off

Whether you’re parking or simply want to hear the whizz of the turbo charger, don’t blip the throttle right before turning the ignition off. Pressing the accelerator causes the rotating turbines in the turbo to spin; when the engine is switched off, the flow of oil lubricating these moving parts will stop, but the turbines won’t stop spinning. This puts strain on the bearings, causing friction and a build-up of heat which can lead to a failure in the turbo system.

You can reduce this risk by following the advice in point five – leaving the engine to cool before switching off the ignition.

At Redex, our fuel additives improve the economy and health of petrol and diesel engines for a better drive. Find out more by visiting the Redex homepage.