To say that car colour is down to personal preference is all well and good, but in a world where cars are sold in just about any shade, there exists a handful of hues that are simply an offence to the eye.

Here, we pay homage to ten of the most nauseating, drab and ugly paint jobs ever applied to the body of a motor. For reasons unbeknownst to modern man, pea green was a real chart-topper in the 1970s. That said, in an era that spawned space hoppers, The Goodies and ABBA, it’s no great surprise this interesting car colour came to the fore. No question about it – pea green has aged about as well as Jagger behind the wheel of a Morris Marina. Yellow cars are seen as sexy, exotic and sporty (think, Lamborghini) – but pale yellow? Not so much. Like a bottle of fabric conditioner or an unsatisfying soup, pale yellow is something you have to tolerate and stomach rather than fall in love with. In short – wishy-washy yellow is a lifeless shade that has no business in any new car brochure. Concocted by Toyota for their eco-friendly Prius C, this off-orange shade is about as alluring as bird droppings on a wing mirror. Done well orange cars can come off as bold, daring and classy – but not here. Toyota’s shade is much too flat and lifeless to be described as anything more than insipid. Since releasing this tangerine dream, Toyota has updated the shade, giving it a much spicier, standout appeal. Whilst white has become the world’s most popular car colour seemingly overnight, off-white is an altogether different animal – and a boring, unimaginative one at that. Championed by the Asian car market, this beige-come-brown-come-white wonder is more akin to a fossil than a modern motor people will actually want to buy. Should a car salesman ever label a car as off-white – run a mile. 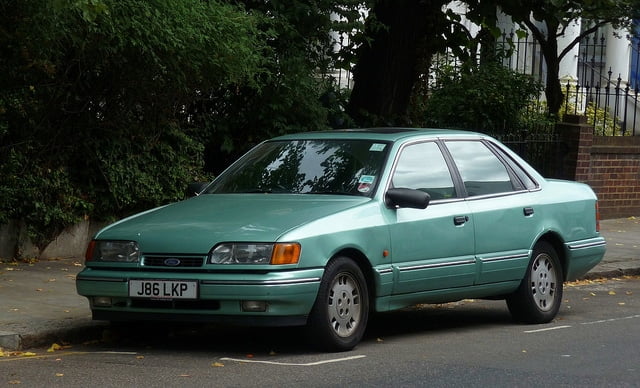 Though we’re all for car colour diversity at Simoniz, we can’t help feeling some companies should put certain colours back where they found them. Enter turquoise, a bright, holiday-esque shade that’s best left in the capable hands of travel agents and toymakers. In the 1990s, turquoise was drizzled over everything; thankfully, it doesn’t seem to have been allowed into the new millennium. Another bombshell shade that crept into the public conscience in the 90s was lime green. Favoured by luxury German car manufacturer Mercedes, this terrible paintjob was more fruit salad than hip autobahn – yet it became Britain’s must-have colour for longer than we care to remember. Thankfully, Mercedes has seen the error of its ways, and now produces cars in a range of enticing… greys. As if your toddler and all their classmates have been horribly sick on your paintwork, vomit yellow is one of those shades that leaves you asking – what were they thinking? Amazingly, several car companies still offer vomit yellow as a costly option, and the colour even has a dedicated fan club made up of passionate puke enthusiasts.  What we call vomit yellow however, they call “phoenix yellow”. Whilst hot pink has become a widely accepted car colour, washed-out pink is a shade we fear the discerning British motorist simply will not abide. Like a strawberry milkshake left out in the sun, this ‘meh’ shade has none of the youthful edge that made hot pink such a hit among fledgling motorists. If a car is going to be pink, we say – make it pink. Unlike rings, necklaces and – to a questionable degree – gold teeth, there  is very little appeal about a gold coloured car. As dated as a northern social club and lacking in any and all sophistication, gold – or “urine”, as it’s often called – is one for the car colour scrapheap. Almost ignorable enough to be missed off this list, beige is boring in all walks of life – but is especially deadening when applied to cars. With zero  personality and buckets of middle-age appeal, beige is a colour all age-groups should avoid if they don’t want to be pigeon-holed and picked on. Thankfully, most car manufacturers ousted beige decades ago, and would potentially laugh in your face if you requested it today.

Proud of the colour of your car? Show it how much you care with Simoniz. Our comprehensive range of quality car care products can help keep your paintwork in tiptop condition for longer, so you can show off your car’s wondrous shade for years to come.