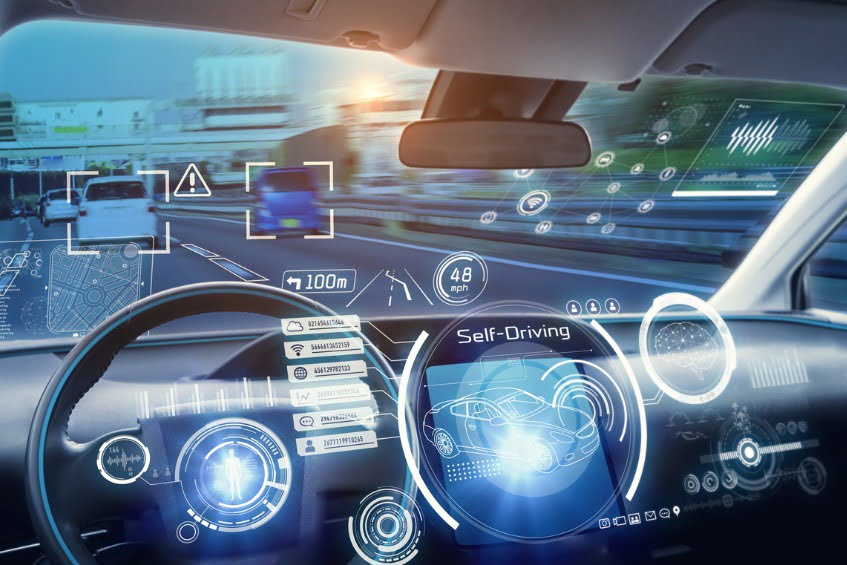 Flying cars, driverless cars, hydrogen-powered cars – the list of ‘cars of the future’ goes on and on.  We know that driverless cars are already being trialled, but will we see the day of other futuristic motors taking to our skies?

Predicting what cars will look like in the future is tricky. With outside pressures such as the environment to consider, most carmakers are focusing on how to make their models more eco-friendly, so they can continue to have a place in our world.

That’s not to say innovation has ceased, however. If the past decade has taught us anything, it’s that cars continue to develop at an astounding rate – with manufacturers like Tesla bringing us closer than ever to the stuff of sci-fi.

So, what do we know about the future of cars and driving? And are we really likely to see such things as self-driving cars in the next few years? To find out, we’re taking a look at all the evidence to separate fact from fiction when it comes to the future of cars.

Are Electric Cars Right Around the Corner?

Before we delve into the crazier side of future car predictions, it’s important to look at what’s already out there. Less than a decade ago, the idea of fully-electric cars becoming the new normal would have been something to laugh at, but now that future could become reality.

As pressure has piled on carmakers to develop more environmentally-friendly cars, electric has emerged as the go-to fuel of the future. Tesla was the first to bring viable electric cars to Britain’s roads, but since then, a huge number of manufacturers have followed suit, to the point where you can now buy an all-electric Vauxhall Corsa – something you would never have believed possible a few years ago. Even if the uptake of electric cars has been slow so far (due to limited charging points), what’s interesting is the sheer pace of changing attitudes, and how quickly electric has been accepted as a new way of driving. To us, this suggests that motorists could eventually warm to the biggest changes to the cars of the future – flying or otherwise.

What’s more, with sales of new petrol and diesel cars banned beyond 2035, big changes are on the way. Electric cars are here to stay, and we think it won’t be long before most drivers are plugging their car in after another day of commuting.

What’s the Deal with Self-Driving Cars?

A few years ago, you couldn’t go online without seeing mention of self-driving cars – they were everywhere, and billed as the next big thing in motoring. But rather than driverless cars becoming a fixture on UK roads like electric cars have, they’ve sort of faded into the background. But why?

While manufacturers like Tesla and Google would tell you that driverless cars are right around the corner, they’ve been saying the same thing for over a decade now. We get the feeling that developing self-driving technology hasn’t been as easy as such brands first thought – with driverless cars still struggling with some of the basics of being on the road. Lots of carmakers and technology firms have been experimenting with driverless cars, with a range of successes and failures. At best, self-driving cars have struggled to read road signs and negotiate simple junctions; at worst they’ve been responsible for a string of fatal accidents. Some of these calamities have even been caught on tape, as you can see in this round-up of self-driving car fails from our partner Redex.

And yet, despite a myriad of high-profile setbacks, self-driving cars are still on the way, and it may not be long before manufacturers iron out the kinks and make them a permanent addition to our roads. It’s thought that when driverless cars are perfected, they’ll be much safer than standard driver-operated vehicles, removing the human element from the equation. Experts also hope that they’ll help curb emissions and reduce congestion, with fleets of self-driving cars picking up workers to transport them to the office.

Will Flying Cars Ever be a Thing?

Flying cars have been a mainstay of sci-fi novels and films for years now. From Blade Runner to Back to the Future II, most works of fiction which predict the future include flying vehicles – but just how likely is it that we’ll ever see cars take to the sky?

In short, not very. The hurdles and challenges we’d have to overcome to reach a point where people could fly to the supermarket in their own car don’t even bear thinking about, while mounting environmental pressures mean we could be lucky to own personal road-going cars in the future – let alone ones that fly.

And yet, despite the obvious challenges which come with getting a flying car off the ground, it hasn’t stopped a few firms from having a go at developing one. From Uber’s VTOL taxi to the AeroMobil 4.0, over a dozen flying cars are currently in development around the world, and some carmakers are investing millions in what they see as the future of personal travel.

Don’t get us wrong – we’d love to commute to work in the skies as opposed to sitting in daily traffic jams, but the idea of everyone jetting around does seem a little far-fetched. And, the cost of flying cars alone would mean that most drivers would still be pootling around back on Earth while the mega-rich soared above.

Are Hydrogen-Powered Cars the Answer?

While electric cars may be set to become the new normal out on the road, they aren’t without their pitfalls. Limited range, slow charge times and the fact that they still rely on fossil fuels mean that EVs aren’t all they’re cracked up to be – but what alternative do we have?

Well, some would say that the cars of the future won’t run on electricity, but hydrogen. In fact, brands like Toyota have already started pumping millions into the development of hydrogen fuel-cell cars, believing them to be the most viable option for a truly sustainable and ecologically-friendly vehicle.

And, on paper at least, it’s easy to see why brands like Toyota are investing in hydrogen fuels. Hydrogen fuel-cells emit nothing but water vapour, can be refuelled just like petrol and diesel cars, and have a range far outstripping the best electric cars on the market. A winner all round, then? But not so fast, because one of the biggest setbacks of hydrogen fuel-cell cars still remains: the issue of refuelling. Despite being present in our atmosphere, hydrogen is incredibly difficult and expensive to turn into a viable fuel source. That means, until scientists develop a simple way of extracting hydrogen, the complexity and expense far outweigh any of the benefits of owning and driving a hydrogen fuel-cell car.

We hope you’ve enjoyed this article. What do you think the future holds for cars and how we drive? And would you be up for flying to the shops or taking a driverless car to work? For more motoring news and features, check out the Simoniz blog, or head to the homepage to browse our range of car care and cleaning products. What to Do if Your Car is Vandalised? Can I Refurbish My Own Alloys? Should I Steam Clean My Car Interior?